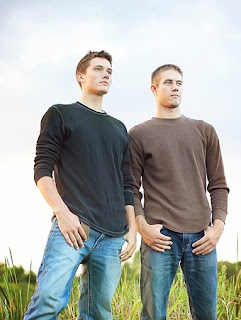 Webster’s defines a friend as, “one attached to another by affection or esteem.” There is a particular passage of scripture that is a wonderful example of Godly friendship, and that is in I Samuel chapters 18-23.

David had already been anointed as the future king of Israel, but he would not ascend to his throne for approximately twenty-two more years. During that time he defeated the Philistine warrior Goliath, served in King Saul’s court as his armor-bearer, and played the harp to calm the King’s restless spirit.

It was during the early years, while David served at the King’s pleasure, that he met Saul’s eldest son Jonathan. It is my guess that Jonathan observed David during the time he was ministering to his father in the palace, as well as hearing about David’s conquest of Goliath in the King’s court. Saul decided that David would not return to his father’s house, but henceforth reside in Jerusalem with him.

I Samuel chapter 18 tells us in verse 1 that “the soul of Jonathan was knit to the soul of David.” A supernatural friendship had been forged. Verse 3 says, “Then Jonathan and David made a covenant, because he loved him as his own soul. And Jonathan took off the robe that was on him and gave it to David, with his armor, even to his sword and his bow and his belt.”

Jonathan and David’s friendship was unique and God ordained. Theirs was a deep spiritual connection – soul to soul – that was sealed with a covenant to honor and respect each other’s office. Jonathan was next in line for the throne by virtue of his birthright. However, he relinquished his power and position by offering to David his royal robe and armaments. God had no doubt prepared Jonathan’s heart in advance of David’s arriving in Jerusalem. Jonathan exemplified all that is noblest in friendship – true affection, unselfishness, helpfulness, and loyalty. His steadfast belief in David’s divine ascension to the throne, and rule of all Israel enabled him to intervene when his father, the King, attempted to kill David on more than one occasion. 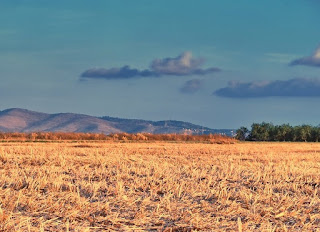 After one such attempt on David’s life, Jonathan went out into the field where David was hiding, and after dismissing his servant, reunited with his friend. After an emotional exchange, he said to David, “Go in peace, since we have both sworn in the name of the Lord, saying, ‘May the Lord be between you and me, and between your descendants and my descendants, forever.’” During David’s season of flight, while he was in the wilderness of Ziph, Jonathan met David in the woods and strengthened his hand in God. He assured David that his father, King Saul would not find him or prevent him from becoming the future King of Israel.

Sometime later King Saul, Jonathan, and his two brothers would be defeated and slain in a battle on Mount Gilboa. When word got back to David, he lamented Saul and Jonathan’s deaths, tore his clothes, and wept and fasted until evening for them. His sadness was amplified in his eulogy in song to honor their lives. He especially missed the close friendship he shared with a man of unquestionable integrity and honesty. The love he had for his friend surpassed even the romantic love he had experienced with the women he had known up to that time. That would even include his marriage to Jonathan’s sister, Michal. In the Near Eastern culture, the exchange of kisses by men upon greeting was simply an expression of deep affection between friends and family. David’s loss of his friend evoked strong, reflective emotions, matched only by the mourning for his beloved house of Israel upon losing their King at the hands of the Philistines.

Proverbs 17:17 says, “A friend loves at all times…” And in Proverbs 18:24, “A man who has friends must himself be friendly, but there is a friend who sticks closer than a brother.”

Do you have a special God-given friend? I do and it is hard to put into words the love you feel for that dear friend. It truly is a spiritual friendship as well as a practical one. The bond is strong and eternal. Tell me about your soul-sister and what makes your friendship God centered.

This is one of my all time favorites from Michael W. Smith  -  "Friends"