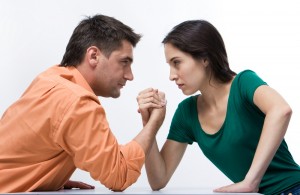 Submission – The act of lowering or coming under; the condition of being submissive, humble or compliant; to yield to authority.

Is submission a “dirty” word in your eyes?   Do you cringe when you come across Scripture that references submission?  You shouldn’t...

The Apostle Peter was not only a Jew, but was married.  He was well acquainted with Jewish customs and how the young church needed spiritual instruction. I Peter was written to Jewish believers.  His emphasis on submission was to appeal to the church to have an attitude of submission in a Christ-like way to promote harmony and true freedom.  It was also to be a witness to the world outside of the church.

In Chapter 3 Peter discusses submission in the marital relationship.  He says, “Likewise, you wives, be submissive to your own husbands, that even if some do not obey the word, they, without a word, may be won by the conduct of their wives, when they observe your chaste conduct accompanied by fear.”  [Paul also admonishes wives to submit to their own husbands as to the Lord in Ephesians 5:22]  This ordinance was meant for the wife to submit to the authority of her husband, not all mankind in general.  Ephesians 5:23-24 states, “For the husband is head of the wife, as also Christ is head of the church; and He is the Savior of the body.  Therefore, just as the church is subject to Christ, so let the wives be to their own husbands in everything.”  According to God’s command one would lead, and the other submit.

In Genesis 3:16 God said to the woman, “Your desire shall be for your husband, and he shall rule over you.”  Eve had used her persuasive powers and lorded them over Adam in the garden.  She exerted influence that was misused and it harmed their standing with each other and with God.  Her “desire” was to lead their relationship, but now God was instructing her that Adam would take on that role and lead in their marriage.

Peter also writes, “For in this manner, in former times, the holy women who trusted in God also adorned themselves, being submissive to their own husbands, as Sarah obeyed Abraham, calling him lord, whose daughters you are if you do good and are not afraid with any terror.”  Sarah trusted the character of God.  She submitted to her husband and so gained favor in Pharaoh’s eyes (Genesis 12).

I Peter 2:13-15 tells us to, “submit yourselves to every ordinance of man for the Lord’s sake, whether to the king as supreme… For this is the will of God…”  Submissiveness is required in all aspects of society: the government, military, workplace, church and family.  Citizens submit to civil leaders, subordinates to military leadership, workers to employers, laypersons to clergy, wives to husbands, and children to parents.  I Peter 5:5 states, “Yes, all of you be submissive to one another, and be clothed with humility…”  The church should model submission in honor, reverence and love. 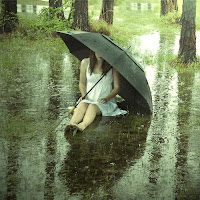 “Therefore submit to God.  Resist the devil and he will flee from you” (James 4:7). Don’t give the devil a foothold. Submission involves our mind, will and emotions.  We are to take our thoughts captive and submit them to God.  Submit your imagination, words, actions, fears, insecurities, hopes, and plans to Him.

Submission in itself is a good thing.  After all, Jesus submitted to His Heavenly Father intentionally.  As Paul wrote in Philippians 2, “Let this mind be in you which was also in Christ Jesus…He humbled Himself and became obedient to the point of death, even the death of the cross.”

Submit yourself to Scripture’s example and glorify God…

Deborah is the author of a Christian non-fiction book titled “Mission Possible”.  It is written for women who love the Lord Jesus, but their spouse doesn’t share their passion.  It will encourage and challenge the reader to embrace God’s promises for their spouse and future together.
http://www.Godmissionpossible.com