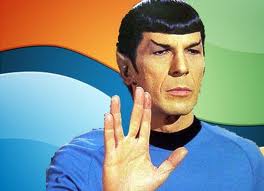 Beloved, I pray that you may prosper in all things and be in health, just as your soul prospers.   (3 John 2).
Okay – I’ll admit it...I was a 'Trekkie' back in the day.
I loved watching Star Trek each week as Captain James T Kirk and First Officer Spock explored brave new worlds in far-away galaxies aboard the Federation Starship Enterprise.
Set the in 23rd century, their galactic adventures centered around the United Federation of Planets and its interaction with both friendly and hostile alien species.  Each week the show featured the young crew facing life and death decisions as they navigated through difficulties and dangers.
Mr. Spock would, on occasion, give a blessing of sorts to someone with whom he had respect for or to whom he paid homage to by saying, “Live long and prosper”.  A caveat here: in my opinion, Gene Roddenberry likely had 3 John 2 in mind when he crafted that famous line.
To prosper is to become strong and flourishing – successful or thriving. It also refers to succeeding in an enterprise or economic activity.
Genesis 39:5 and 39:23 refers to Joseph’s prospering under God’s mighty hand.  Verse 3 tells us, “And his mater saw that the Lord was with him and that the Lord made all he did to prosper in his hand.”  Later in verse 23 we see, “The keeper of the prison did not look into anything that was under Joseph’s hand, because the Lord was with him; and whatever he did, the Lord made it prosper.”
Prosperity can relate to the physical, the mental, and the spiritual state. What does prosperity look like to the Christian? It is proof of God’s working within the daily circumstances of a believer’s life.  It can be an economic surplus, or it can be a physical advantage.  It may manifest itself as an emotional boost, or it can become a spiritual fountain.
Prosperity to me is an indication of inner joy working itself outward in a Christian’s life that is so evident to others that it can only be attributed to God.
Psalm 1 tells us that that the blessed man [woman] delights in God’s law and meditates on His precepts.  Verse 3 says, “He shall be like a tree planted by the rivers of water, that brings forth its fruit in its season, whose leaf also shall not wither; and whatever he does shall prosper.”
Psalm 35:27 tells us the Lord has pleasure in the prosperity of His servants.  Psalm 122:6 declares those who love the Lord will prosper.  Even the Apostle Paul told the Corinthian church to “…lay something aside, storing up as he may prosper, that there be no collections when I come.”
Biblical prosperity opens the door for the Christian to share their abundance with those in need.  It is never to be hoarded and wasted.  Even King Solomon warned us in Ecclesiastes 7:14 that God brings both prosperity and adversity – that we might be joyful in the one, and mindful in the other.
3 John 2 was written as a greeting to John’s dear friend Gaius, who most likely supported traveling teachers and missionaries. 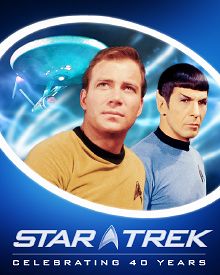 John commended him for his steadfast adherence to God’s Word.  He prayed for him to have good fortune and good health – that his everyday affairs would prosper and flourish as his soul did.  John was happy to hear the good report concerning his beloved student of truth.
In biblical times good health and longevity were a rarity.  Thus, this saying was frequently used to bless someone and to bestow God’s favor upon them by proxy.
Our Vulcan friend might have exuded little to no emotion while giving his blessing, but we can all agree it is a benediction of sorts nonetheless.

Deborah is the author of a Christian non-fiction book titled “Mission Possible”. It was written for women who love the Lord Jesus, but their spouse doesn’t share their passion.  It will encourage and challenge the reader to embrace God’s promises for their spouse and future together.   Visit  http://www.spirituallyunevenmarriage.com