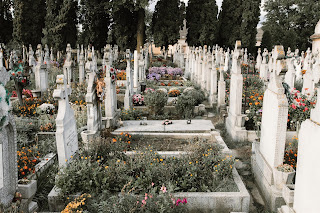 Imagine visiting your local cemetery and suddenly you discover the grave you’re approaching is not only unearthed – but the coffin is wide open and empty!

What would you think? I imagine the first thing you would do is call security – and start the search for a missing body!

Something strange and wonderful happened outside Jerusalem at a small burial site in the Judean countryside over 2000 years ago. A tomb which was sealed the previous night was now wide open, with no one taking credit for the monumental task. Let me explain…

By definition, a grave is a place for the interment of the dead; a tomb, a sepulcher. In Jesus’ day, it was often merely a natural cave or grotto, or an artificial tomb hewn out of rock. Many times graves were flagged with flat stones as markers to warn passers-by that they should not come in contact with the dead, thereby defiling themselves ceremonially, even if it was unwittingly done. Once the body was laid inside, the tomb was sealed with a large stone – most likely weighing hundreds of pounds, and taking at least two strong men to place it at the mouth of the cave. This was done to prevent animals from desecrating the body or thieves from removing sacred items. Unsealing the tomb without being noticed would be difficult at best. One person alone could not move the stone without help from some other source.

Resurrection morning occurred on the first day of the week and Luke 24:1-12 tells us it was “very early”. The women who had been with Joseph, a council member who had secretly become a disciple of Jesus, entered the tomb with the prepared spices for the body of Jesus. They discovered that the Lord’s body was not there – and as they stood perplexed – two men in shining garments appeared before them. The women, fearful and bowing down in reverence were told, “He is not here, but is risen! Remember how He spoke to you when He was still in Galilee, saying, ‘The Son of Man must be delivered into the hands of sinful men, and be crucified, and the third day rise again.’” Verse 8 then says, “And they remembered His words.” 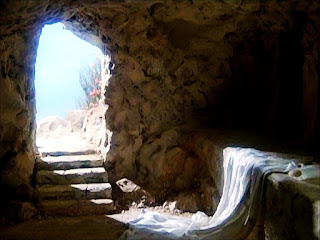 These women had witnessed Jesus’ body being placed inside the grave by Joseph and Nicodemus, who also came with the burial preparations, including a large amount of myrrh, aloes, spices and linen to wrap and prepare the Lord’s body, as was the custom of the Jews (John 19:38-42). We know that when Joseph of Arimathea offered to lay the body of Jesus in his own tomb carved out of the rocky hillside, he most likely considered that he would need another tomb for his own interment. Little did he know that he would again be using that very tomb for himself! Jesus would merely be borrowing the sepulcher for three days – never again to be laid to rest, but to arise victorious and defeat death once and for all. What was so special about this grave?

When the women approached the tomb, they had but one concern: how would they roll away the large stone that blocked the entrance into the cave? But as they looked up – the stone had already been moved, and upon entering the tomb, they saw a young man clothed in a long white robe sitting on the right side. And he said to them, “Do not be alarmed. You seek Jesus of Nazareth, who was crucified. He is risen! He is not here. See the place where they laid Him.”

Charles Wesley penned this stirring hymn which is sung in many churches on Easter morning:

Soar we now where Christ has led, Alleluia!
Following our exalted Head, Alleluia!
Made like Him, like Him we rise, Alleluia!
Ours the cross, the grave, the skies, Alleluia! 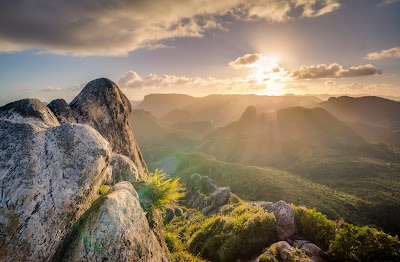