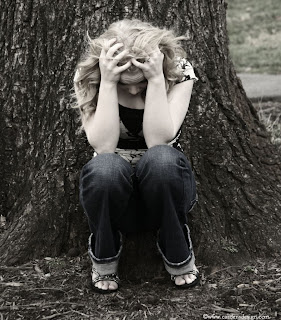 James 1:2-4  is familiar to most of us as the passage on “testing our faith".

This is what James had to say: “My brethren, count [consider] it all joy when you fall into various trials, knowing that the testing of your faith produces patience. But let patience have its perfect work, that you may be perfect [mature] and complete, lacking nothing.”


In order for us to become mature in our faith, we must remain under the testing. It is in this position that we come forth [as gold] as described by Job in chapter 23.

Many times we question God’s sovereignty as we verbalize the familiar:  “Why is this happening to me?”  “I don’t need this!”  “Not now, God!” or “I just can’t take anymore!”

But isn’t that just human nature? Who hasn’t cried out to God in pain and utter disbelief?

Trial – a test of faith, patience, or stamina by suffering or tribulation; a source of vexation (irritation) or annoyance.

Trouble – to agitate mentally or spiritually; to disturb.

Tribulation – distress or suffering as a result of oppression or persecution.

I Peter 1:7-9 says, “…Though now for a little while, if need be, you have been grieved by various trials, that the genuineness of your faith being much more precious than gold that perishes, though it is tested by fire, may be found to praise, honor, and glory at the revelation of Jesus Christ… receiving the end of your faith – the salvation of your souls.”


Two brief character studies in God’s Word gives us a glimpse of suffering while under trials, troubles and tribulation:

Job ~ Everyone has heard of Job. Even non-believers know that to go through a “Job experience” is to endure an awful trial or trouble. We often hear the expression: “He has the patience of Job!”

Remember the passage in James 1 (above)? There is a process we must go through as we are tested. Sometimes we hear comments like, “Why do bad things happen to good people?”  Job 1:1 tells us, “There was a man in the land of Uz, whose name was Job; and that man was blameless and upright, and one who feared God and shunned evil.”

Job exemplifies the enormity of undeserved calamity in his testimony. Not only did Job loose his children, servants, livestock, and livelihood, but he was struck with painful boils and suffered the shame associated with his trials & tribulations. However, he never let Satan provoke him to curse God, although he cursed the day he was born. He conducted himself like a man under affliction, yet maintained his dignity in his grief. Job questioned God and received a private lesson in humility and in God's sovereignty. Eventually, God restored all that Job had lost, increasing his earthly holdings – including his lineage. For Job, the latter was greater than the former.

Paul ~ Saul (Paul) was dramatically converted by the Lord Jesus on the road to Damascus as he was carrying letters of destruction for those who were of the Way [followers of Jesus] to put them to death in Jerusalem. When Jesus selected Ananias to minister to Paul after his vision, He said to him, “Go, for he is a chosen vessel of Mine to bear My name before Gentiles, kings, and the children of Israel. For I will show him how many things he must suffer for my name’s sake.”

After that time many attempts were made to kill Paul by the Jews (Acts 10:23), the Hellenists (Acts 10:29), and with Barnabas in Antioch where they were threatened, persecuted and expelled. II Corinthians 11 enumerates for us Paul’s many trials and troubles including being stoned, beaten, shipwrecked, lashed, and left for dead. There was sharp contention between him and Barnabas while on their missionary journeys that split up the pair, resulting in Paul and Silas teaming up to minister to the Gentiles.

At the end of his life, while in prison, Paul addresses Timothy in his two epistles. As he encouraged the young pastor, Paul remained steadfast in his faith and mission, while acknowledging that all forsook him, save the Lord Jesus. Paul endured the constant pressure of a lifetime of trials, troubles, & tribulations, and yet he saw God’s purpose and sovereignty in all of it. Paul’s victory was this: “But the Lord stood with me and strengthened me, so that the message might be preached fully through me, and that all the Gentiles might hear” (II Timothy 4:17).

In the end, we come forth:  precious, valuable and exquisite – a true treasure of God, for His Glory! 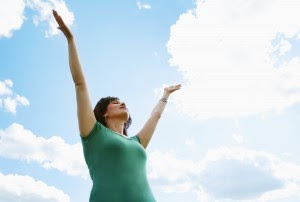 A diamond must fall under the chisel in order to become a precious stone, and gold is never refined unless it remains in the fire.

God never leaves the metal in the crucible longer than what is necessary for the burning away of the dross.  He will do the same on our behalf.
“I would have lost heart, unless I had believed that I would see the goodness of the Lord in the land of the living. Wait on the Lord; be of good courage, and He shall strengthen your heart; wait, I say, on the Lord!” (Psalm 27:13-14)

© Deborah McCarragher and God Mission Possible, 2010-2019. Unauthorized use and/or duplication of this material without express and written permission from this Blog’s author and/or owner is strictly prohibited. Excerpts and links may be used, provided that full and clear credit is given to Deborah McCarragher and/or God Mission Possible with appropriate and specific direction to the original content. All guest content remains the property of the appropriate author - any reproduction is strictly prohibited without their prior written approval.