A Sure Foundation - Moving Ahead in the New Year 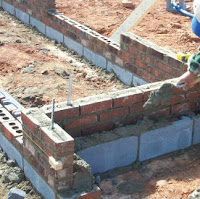 As the New Year approaches, it would be a good time to talk about spiritual “foundations” and what that means for the Christian.

A foundation is a prepared base or support for a structure to be built on. In days of old, when a new building in town was to be constructed, a foundation stone was laid with great fanfare, often in a public ceremony. Many times during a ground-breaking ceremony, a local dignitary would symbolically put a shovel into the dirt and pose for a picture to commemorate the event.

The foundation is the most important part of any building. The materials and work on a slab foundation is literally “set in stone”, and has no room for errors. In this type of foundation wooden forms are built which then hold the poured concrete. A footing trench is dug around the perimeter to provide added thickness along the end of the slab. These edges are stress prone and the weakest point of the foundation. Usually sand or gravel is spread below where the concrete is poured. This technique prevents the slab from sinking under the weight of the concrete. A vapor barrier is usually installed above the sand or gravel, and wire mesh is placed in the center of the slab with rebar (steel rods) in the footing areas to add rigidity and prevent cracking.


The Solid Rock - by Edward Mote (c.1834)
My hope is built on nothing less
Than Jesus’ blood and righteousness;
I dare not trust the sweetest frame,
But wholly lean on Jesus’ name.

Scripture tells us that JESUS is the “Chief Cornerstone” of our faith. Isaiah 28:16-17 says, “Behold, I lay in Zion a stone for a foundation, a tried stone, a precious cornerstone, a sure foundation; Whoever believes will not act hastily. Also I will make justice the measuring line and righteousness the plummet…” Peter quotes both Isaiah and the Psalms in I Peter 2:6-7. He states, “Behold, I lay in Zion a chief cornerstone, elect, precious, and he who believes on Him will be no means be put to shame.” Therefore, to you who believe, He is precious; but to those who are disobedient, “The stone which the builders rejected has become the chief cornerstone.”

In Matthew 21, Jesus tells the parable of the Landowner while He was teaching in the temple. He was speaking to the Chief priests and Pharisees. He then quoted Psalm 118:22-23 and said, “Did you never read in the Scriptures: ‘The stone which the builders rejected has become the chief cornerstone. This was the Lord’s doing, and it is marvelous in our eyes’? Christ Himself is the Cornerstone of the Church – and was dismissed by the Jews. He came first to the lost sheep of Israel, only to be rejected, mocked and executed by those who heard His message in that day. 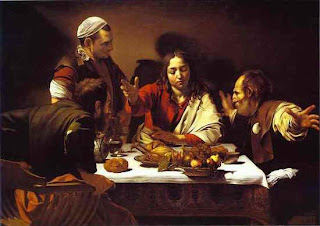 In Acts 4, Peter is preaching to the Sanhedrin, quoting familiar scriptures from Isaiah. He then says, “Nor is there salvation is any other, for there is no other name under heaven given among men by which we must be saved.” His audience marveled at his and John’s preaching, noting that they were uneducated and untrained, but yet spoke with great power and boldness.

The Apostle Paul takes time in Corinth to teach on the concept of the right foundation. In I Corinthians 3:9-14 Paul explains the importance of a sure and righteous foundation: “For we are God’s fellow workers; you are God’s field, you are God’s building. According to the grace of God which was given to me, as a wise master builder I have laid the foundation, and another builds on it. But let each one take heed how he builds on it. For no other foundation can anyone lay than that which is laid, which is Jesus Christ. Now, if anyone builds on this foundation with gold, silver, precious stones, wood, hay, straw, each one’s work will become manifest; for the Day will declare it, because it will be revealed by fire; and the fire will test each one’s work, of what sort it is. If anyone’s work which he has built on it endures, he will receive a reward.”  Paul also stressed to his readers that if their work was destroyed by fire, they themselves would be saved, though refined by the flames. Either way – we must be sure our faith and works are built on the solid foundational truths of Jesus Christ and His Gospel. 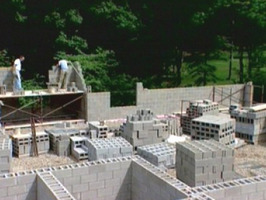 The New Year is quickly approaching. This is the point of it all: You need a firm foundation to move ahead as a Christian to effectively reach a lost and perishing world. For some, this Christmas was the beginning of a long and fruitful Christian life. For others, a recommitment to Christ is what is needed. Paul knew and preached that salvation was by faith, through grace alone. He knew that justification was through a belief on Jesus, the Son of God. He taught us to “count all things loss for the excellence of the knowledge of Christ Jesus… that we might know Him and the power of His resurrection.”

The New Year brings opportunity for a renewed “God Purpose” – a fine-tuning of our Christian basics. We need to be sure we have a solid biblical foundation to launch out from in 2011.

Here are a few things we need to inspect with regards to our own foundation:


If Jesus came to do a foundation inspection, would you pass the test?

Deborah is the author of a Christian non-fiction book titled “Mission Possible”. It is written for women who love the Lord Jesus, but their spouse doesn’t share their passion.  It will encourage and challenge the reader to embrace God’s promises for their spouse and future together.

A Sure Foundation - Moving Ahead in the New Year

Posted by God Mission Possible at 9:43 AM